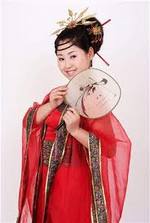 Speaking about translation from foreign languages, we cannot ignore the great and powerful Chinese language. This is the language spoken not only in China, Korea and Singapore where it is the official language but also in many other countries: more than one billion people around the world speak Chinese in everyday life.

Chinese is one of the official languages of the UNO (United Nations Organization). In addition to the fact that Chinese is the most used language, it belongs to the group of ancient and the most enriched languages of the world. The apparition of this language dates back to the fourteenth century B.C., and from the moment of apparition till now, it has not changed: one of the few languages which were not affected by time.

The spelling and meaning of characters rather complicate translation into Chinese. If the Latin or Cyrillic letter means just one sound or symbol, then the character may represent a syllable, a word or a whole phrase. The Chinese calligraphy is very different from writing Latin or Cyrillic symbols and is equivalent, as well as professional translation into Chinese, to the fine arts! By writing one symbol, you can express the whole sentence. Many characters have the form of the object or meaning that is depicted in written form.

The Chinese language has near ten groups of dialects, which are very different. The general written system assists Chinese who speak different dialects to understand each other. During interpreting from Chinese (as well as into Chinese), it is very important to take into account the pronouncing differences in various dialects. For receiving high-quality translation services you should take responsibility in choice of a linguist. First of all, it must be a professional with a good base of theoretical knowledge and with the experience of interpreting of various dialects of Chinese. Such translators work in Status Ko Translation Agency. Contact us – our translation quality is always on top, and the prices are pocketbook-friendly!

If you need translation into Chinese contact us right now!