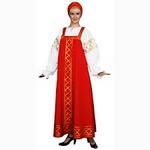 The Russian language belongs to East Slavic languages; it is the national language of Russian people and one of the most widely spoken languages on the territory of Eurasia. Besides, the Russian language was recognized as one of the basic common languages of Central Eurasia, Eastern Europe and the former USSR countries and one of the working languages of the UNO (United Nations Organization). This language is one of the most wide-spread languages of the Slavic language group and covers the most extensive territory by the number of Russian speakers in Europe and Asia. Considering the fact that Russian-speaking countries are a large market and business partners of many others states of the world, translation into Russian nowadays is a very popular service!

The science that studies the mighty Russian language is called Linguistic Russian Studies (in short Russian Studies). The Russian language has several forms of pronunciation, but the Moscow pronunciation is considered to be the basis of the literary norm. Before 1991, Russian was the language of interethnic communication of all countries – members of the USSR. In the countries of residence of a large number of Russian-speaking population (Israel, Germany, the USA, Australia and Canada), there are Russian-speaking mass media, TV channels and radio stations.

The Russian language has the status of the official language in such countries as Russia, Belarus (on equal basis with the Belarusian language), and South Ossetia (as well as the Ossetic language). Russian was adopted as a state or as a second official language in such countries as Kazakhstan, the Kyrgyz Republic, Tajikistan, Abkhasia, the unrecognized Pridnestrovian Moldavian Republic, Moldova (more exactly, a part of Moldova), the Autonomous Republic of Crimea (on the peninsula, the Russian language is used in all the life spheres of each person).

Nowadays, interpreting into Russian from Status Ko is a very popular service among foreigners. As well as translation of documents (agreements, instructions, technical texts and fiction), this service is one of the major activities for the translators of Status Ko.

Ordering translation of necessary documents or interpretation services into Russian in Status Ko, you will be sure of high quality and affordability of our services!