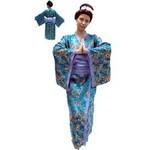 In Pacific ocean in Eastern Asia on Japan archipelago there is an one of the most wonderful and ancient State of the world. Japan is the Land of the Rising Sun and it is famous today for anyone thanks to its high technologies, high-quality cars, out and outer dishes combat sport and sure to exceptional and beautiful language.

The total number of Japanese-speakers in the world is about 140 million people. In Japan it is the native language for about 125 million people. The Japanese language is used in the borders of the island State and also in China, Thailand, Korea and other countries. This interesting and complex language is studied in many schools of Oceania and Asia. For the translation into Japanese it is required the compliance with formalities in official documents sending and understanding of the culture of Japanese people, its business, traditions and philosophy. The professional translator should possess the extensive knowledge: to understand the life of Japanese people, to know the rules of business communication etc. Only in this case the translation into Japanese will be performed in a highest level.

Japan is the wonderful, high-developed economically, culturally and spiritually country. The hearth of Japan – Tokyo is one of the largest cities in the world. The capital of the island country annually receives millions of tourists, connoisseurs of Oriental culture and ancient traditions. The aborigines and visitors always keep an eye on the sumo wrestlers, stunt samurai fighting and the actors of Kabuki theatre with a sinking heart. In Japan respect the past and thing about future, venerate the anility and provide all the conditions for youth capacities development.

As unique is this country and its culture so the curious its language is. For the man who has never faced with eastern dialects it seems that translation into or from Japanese language is an impossible task. In fact, this view is very close to the truth: the complex hieroglyphs, where are used various variants of reading and writing and instead of literal system are syllabic writing…even the native Asian can get into muddle!

The Japanese writing system was creating approximately in the VI century in parallel with Chinese language. For this reason in Japanese written system there is a large portion of Chinese characters (currently it is near the 40%). In modern Japanese language there are both Japanese (onn) and Chinese (kunn) variants of characters reading. The language of the Land of the Rising Sun is truly difficult for studying, it has 10 various dialects (the main one of them is Tokyo dialect). The noun case system is highly developed. There are 7 forms of first person pronouns in this language! There are more than 4 variants of characters spelling of the particular word.

However, the experienced translator can break through the language barrier. Contact the translation agency “Status Ko”, we offer translation and interpretation services into Japanese of the texts and documents of any complexity and orientation. The highest qualification and experience of our specialists permit to perform translations in a quality manner, in style and within a fixed timeframe.

Please note: minimal order of interpreting is two hours. In the price of written translation are included: typing, printing of one copy and electronic copy of the translation. The instant translation is paid double.