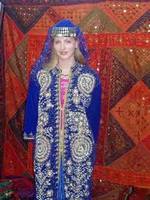 Turkey is one of the oldest countries in the world, which is located on the border of Europe and Asia (a large part of the territory is located in the lands of southwestern Asia and the smaller – in the lands of southern Europe). Nowadays, Turkey is one of the most popular and accessible holiday destinations for all residents of the CIS countries. On the territory of the former Soviet Union there are not so many people who have never been in Turkey and never heard the fascinating Turkish language, which is native for more than sixty million people. In total, approximately eighty million people are speakers of the Turkish language including citizens of Greece, Romania, Iraq and Syria.

Turkey is not only an ancient but also a very mysterious country, which is associated with a lot of various myths and fairy tales. By the way, translation into Turkish (as well as from Turkish) is almost the oldest service for linguists because this country had long been the largest empire. Only in the 20th century Mustafa Kemal Ataturk (in translation “Ataturk” means “father of the Turks”), a reformer, who was very respected by the Turkish people undertook profound changes in the country that touched Turkish traditions, language and writing. He was the first president of the Republic of Turkey who liquidated the institute of sultanate.

Nowadays, Turkish folk music which helps to relax and get away from the daily bustle and noise of the city is very popular around the world. The Turkish mosques are one of the largest pilgrim places in the world. For many centuries, Turkey has attracted travelers with its palaces and museums. Especially Istanbul – the former capital of the Roman and Ottoman Empire – is famous for this. It seems to bind two different worlds – Europe and Asia by the Bosphorus Bridge. It’s hard to imagine Turkey without charming dancers and, of course, without spicy unique dishes! It is impossible to describe with words all the beauty and splendor of Turkey like it is impossible to convey the flavor or taste in words: it is necessary to see it just once for falling in love with this country-enigma for a lifetime!

Turkish – the language of the ancient East – attracts no less adoration among the guests of the country. As well as other languages of the world, Turkish has passed a long way of forming and faceting. As a result, translation into Turkish is divided into several directions: from translation of documents to translation of ancient literary manuscripts.

Translation from Turkish (as well as into Turkish) is a very necessary service in recent times because for the last 20 years the economics of Turkey has made a significant leap forward. You’ll need translation of documents both for a touristic trip and for business negotiations, signing contracts and settling many other issues. Translation of instructions to any equipment or pharmaceutical drugs is not an exception. Linguists of Status Ko will help you to resolve such problems.