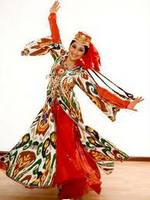 Uzbek is the state official language of Uzbekistan (one of the former republics of the Soviet Union). There are about 33 million Uzbeks in the modern world. 22 million of them live in Uzbekistan where the population is just under 27 million people. About 3 million people live in Afghanistan, where the Uzbek language is one of the official languages. A little less than 1 million Uzbeks live in Tajikistan and in some other central Asian countries including Turkey, the United Arab Emirates and Saudi Arabia. If the scope of your business includes Uzbek people or you just need a high-quality translation into Uzbek then you can’t do without a professional translator.

The Uzbek language belongs to the Altaic language family and its roots lie in the Central Asian group of Turkic languages. The first reference about the representatives of the Uzbek nation was in ancient China. Historic and ethnic transcription of the world “Uzbek” is “yuetszubay” or “yuetszybe”. The Uzbek Khanate can rightly be called as the first historic state of Uzbeks, which was a part of the White Horde (the 14th century) and was governed by Uzbek-Khan.