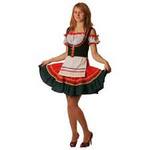 German is one of the most popular and required languages of our time. German is the official language in Germany, Austria, Lichtenstein, Switzerland, Luxemburg and Belgium. Many German native speakers live in Italy and France. Such number of German speaking countries makes translation from German (or into German) very popular. However, when translating, linguists face a number of difficulties.

First of all, German is rather complicated from lexical, grammatical and syntactical part. But the biggest difficulty in translation process is the variety of dialects of this language. In order to obtain a high-quality translation understandable for a concrete group of people, it is necessary to apply to professional translators. The variety of dialects of German is explained by the fact that native speakers of the German language live in many countries and are far from each other. So, over time, the language is filled with the words of the country in which the native speaker live.

The dialects of German are so different among themselves that people who speak various dialects cannot understand each other. Even in the territory of Germany there are eight variants of the German language! Austria has both own literature language and a lot of dialects too. Lichtenstein, Switzerland and some regions of Italy and France are not an exception. All these nuances should be observed during translation or interpreting.

The mentality and formalism of German people play the role in translation from German (or into German). They are very fastidious because they pay a great attention to every wrinkle in writing of technical texts and sometimes it simplifies the task of the translator. The translation of technical and thematic texts requires the deep knowledge of German language and understanding of theme of translation and terminology knowledge in this direction. For example, it is very difficult for a translator of private documents to make the translation of medical product instruction or technical equipment.

However, referring to Status Ko Translation Agency, you won’t have to worry about the translation quality. Our linguists are familiar with all the subtleties of translation into German (as well as from German) and they will resolve any linguistic problem.

By the way, the most difficult in the German language is the literary translation. The above said pedantic attitude towards writing in literary texts reproduces not only the basic information but also thinking, mentality and peculiarities of the nature of the character. The most difficult is the translation of humorous stories because the translator should not only translate the text into any language but also save the lambent German humor. Oftentimes, the German humor is dropped in translation because the qualitative performance of this task requires a really high-class specialist. Contact Status Ko Translation Agency and we will do this delicate work for you!

Call us right now to order a translation into German (or from German) of the necessary documentation, as well interpretation and literary translation with the subtle German humor!