50 museums of the world online on Google Cultural Institute 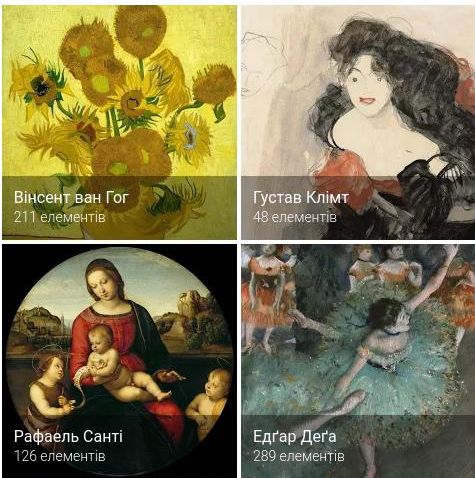 The project provides access to images of art works of high resolution stored in museums - partner initiatives. The project was launched by Google 1 February 2011, in partnership with 17 internationally renowned museums, including the Tate Gallery (London), the Metropolitan Museum (New York) and the Uffizi Gallery (Florence).

Each partner museum chose one work of art to photos of ultra-high resolution of approximately 1,000 more than a regular digital camera. For example, a photo - paintings AA Ivanov "The Appearance of Christ to the people", has a size of more than 12 gigapixel.

For maximum image quality, a team of Google has collaborated with experts in lighting and photography partner museums. For example, in the Tate Britain for their gigapixel image of the painting «No Woman No Cry» Gallery experts were asked to remove the picture in daylight and in the dark, to secure secret phosphorescent image in the picture, which glows in the dark. Photographers Google had to adapt their technique to the camera latch was open for 8 seconds in the dark to obtain a sufficiently clear picture. But now, in art projects you can see both images and physical Tate - no.

Users can also create their own gallery and share them with friends through various means, including through social platform Google+. Using Google+ Hangouts in the project and allows interactive use, such as online lecture professor of art, which uses image collections and video discussions with students, or virtual guide around the museum to remote users.